When such equipment is installed at a new site, it does take some work and time to get drivers to use the equipment, and it doesn’t matter if it is at a public truck stop along America’s highways and byways, or at a terminal site. For many drivers it is a new and different process which might not result in immediate adoption and use. In many cases, the drivers do not pay the fuel costs so it doesn’t hit them directly in the wallet when they burn fuel in their tractor for 8-12 hours overnight. So Covenant had been working with drivers on the education part of the process.

This photo and the main photo at top show some recent days where all of the IdleAir units at Covenant’s terminal in Chattanooga, TN were in use.

Each hour that an IdleAir unit is used in lieu of idling a class 8 truck saves roughly 1 gallon of diesel fuel and about 22 pounds of CO2 from being emitted into the atmosphere… not to mention wear and tear on the engine which adds up over the life of that engine. It also saves the introduction of criteria pollutant emissions into the local community, wherever the truck idles. Perhaps most importantly for the trucking company, it saves money. 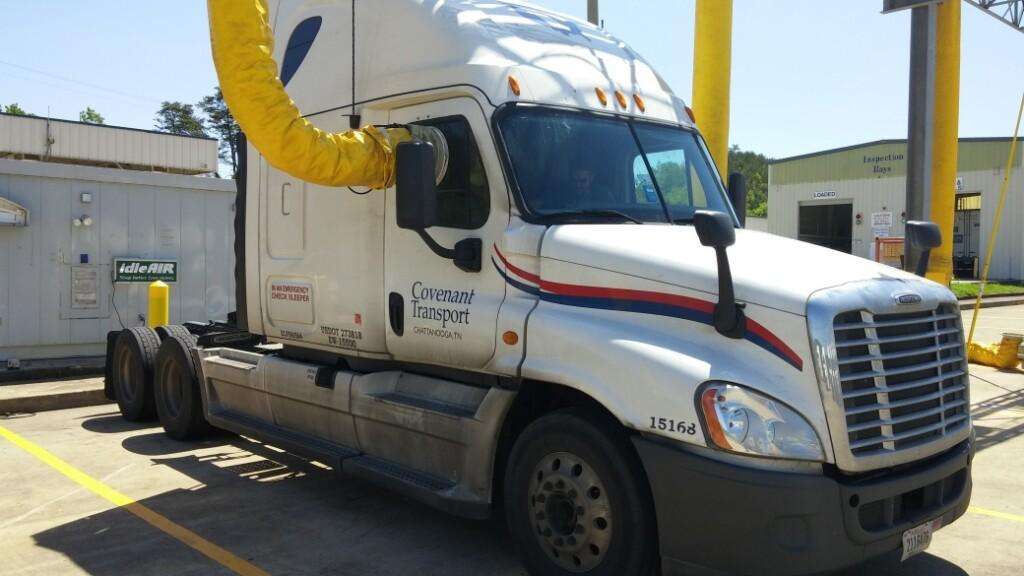