Even though the propane autogas and natural gas alternative-fuel market in the United States has moved more towards purchasing new vehicles versus converting vehicles that fleets already own, there are still many vehicles getting converted and numerous companies that will convert newer gasoline-powered vehicles to propane or CNG*. Examples of companies that do such include Alliance Autogas, ICOM North America, ROUSH CleanTech, Altech Eco, Landi Renzo, Parnell USA, Westport, Ensida Energy and American Alternative Fuel.

When a light- or medium-duty vehicle is converted to run on one of the gaseous fuels CNG (compressed natural gas) or propane, it is converted to either be bi-fuel or dedicated (aka, monofuel). If bi-fuel, after conversion the system will be able to run on either gasoline or propane (for example); bi-fuel vehicles have two fuel tanks and sets of fuel lines to the engine, but only run one of those fuels at a time. And while they may typically run on the alternative fuel by default, a button is provided in the vehicle to allow the driver to switch to either fuel as necessary. In converted dedicated vehicles, the fuel tank and lines for the gasoline might be removed because the vehicle will now only run on the alternative fuel.

CNG or propane conversions systems must meet strict EPA or CARB emissions certification requirements before they are able to be legally installed in a vehicle in the U.S.

Converting your fleet to propane or CNG will usually reduce your fuel and maintenance costs. One of the keys to the fuel cost savings part is determining what price you will pay for propane or CNG. Propane and CNG refueling infrastructure can be sited at your fleet domicile or maintenance area, although public CNG stations are a more common used refueling opportunity. As such, you can work with propane or CNG providers to see what price you would pay in advance. The cleaner burning properties of these fuels also reduce vehicle maintenance costs. Being a clean-burning fuel, the high octane and low carbon combination results in less contamination to your vehicles’ engines. Using #propane and #CNG in vehicles results in a longer engine life and a reduction in issues associated with cold starts.

The Greeneville Police Department (GPD) partnered with Alliance AutoGas via Alliance’s Propane Fuel Program. This program was designed to help fleets save money, reduce emissions, and improve vehicle engine life. Since GPD’s program launch on January 1, 2019, they have already converted three new patrol vehicles, all of which are Ford Interceptor SUVs (Explorers). They program is projected to save the Town of Greeneville an estimated $10,000 per year. The vehicles refuel at a newly opened public propane station that Alliance Autogas opened in downtown Greeneville in 2018. 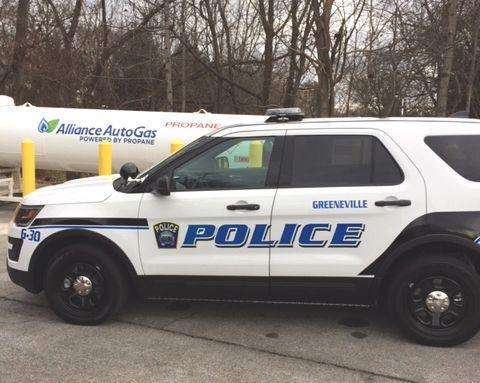 Clean Sweep in Chattanooga replaced three diesel street sweepers with ICOM North America bi-fuel propane system sweepers in 2017. These vehicles work in about a 50-mile radius around the City of Chattanooga and help clean streets and parking lots in the tri-state area. Clean Sweep completed their own refueling infrastructure in early 2018, so these vehicles can now refuel at their domicile site. 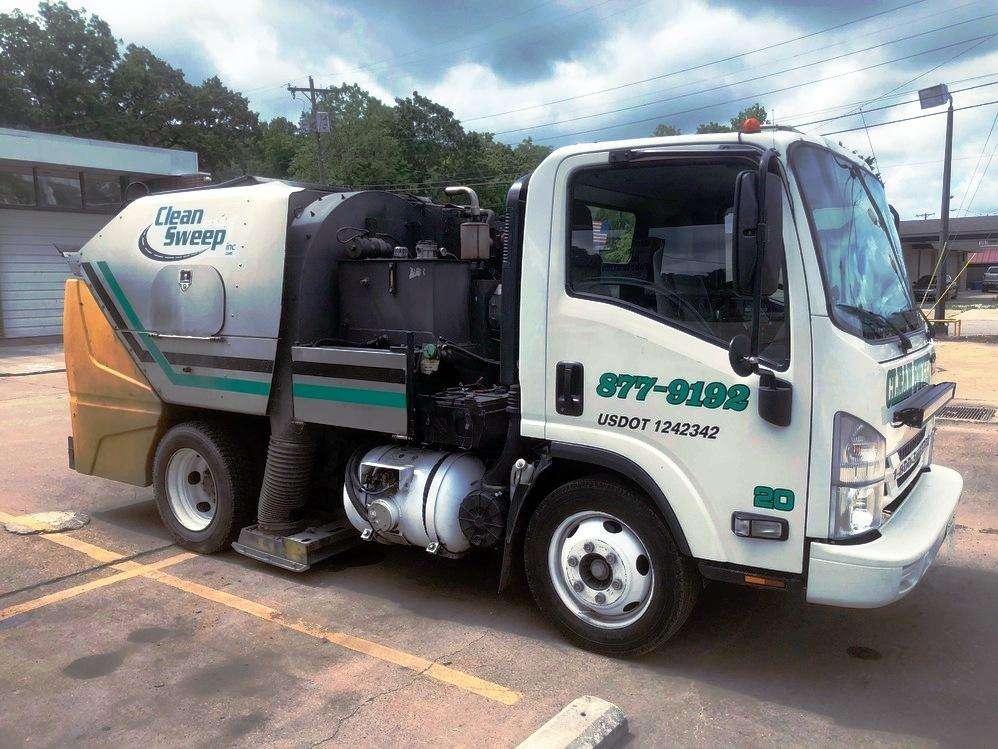 The City of Kingsport’s Propane Autogas Program is an ongoing project within the Kingsport fleet to convert vehicles in various departments within the City of Kingsport to propane autogas in partnership with Alliance AutoGas. The program began in 2008, is led by the city’s Fleet Maintenance Director Steve Hightower, and has progressed significantly since then – the City of Kingsport is now the single largest propane fleet in the entire state with over 100 autogas vehicles that spans police cars to work trucks to zero-turn mowers. Kingsport has its own refueling equipment at the fleet maintenance facility, and increased the storage capacity at that site in 2016. The city’s police department is a One-Star certified Tennessee Green Fleet. 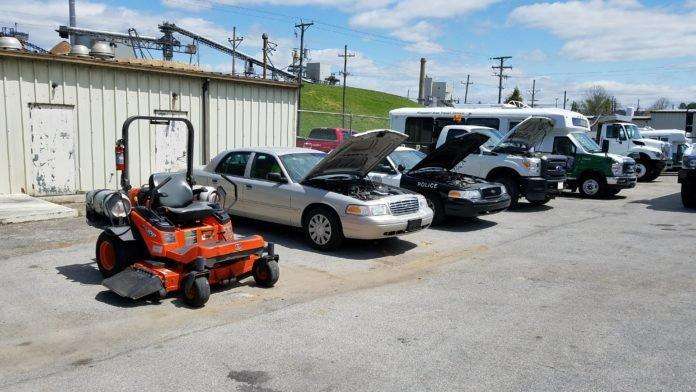 City of Kingsport converted propane vehicles. L-R: a propane mower, a city sedan, a police interceptor, and a maintenance pick-up. 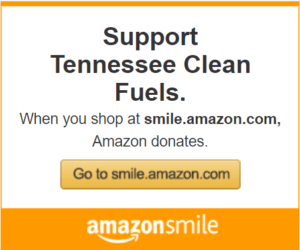